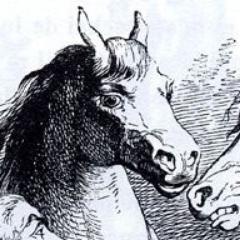 If you want to build a ship, don’t drum up the men to gather wood, divide the work, and give orders. Instead, teach them to yearn for the vast and endless sea.
― Antoine de Saint-Exupéry, creatively misquoted

Decades ago, I started the TUNES project, to reinvent computing software according to a different point of view. It was ultimately a failure in that the project remained mostly vaporware; yet it was a success in that it allowed me and many people to learn, exchange, and initiate each other to unsuspected horizons, in a community that well predated Lambda the Ultimate, Reddit, or Lobsters. Eventually, I decided to join the Software Industry, that I may learn how to build real commercial software that actually gets deployed and used — and incidentally earn a better living. Indeed I did learn a lot on how to build software — and, more often than not, on how not to build software. My initial ambition was that having learned how to build software, I would apply this knowledge to building TUNES. Yet, though the dream of TUNES never left me, it moved to the back of my brain as I trudged through a career in big software companies while speaking a strangely different conceptual language from that spoken by most of my colleagues.

In those many years before, during and after the TUNES project, I have met many people who seem to share my general sense of how computing systems could be but mostly aren’t. Unhappily, I haven’t found a way to have all these good people work together on a common system that could embody more than what a single person can achieve of these ideas. Eventually, I decided that the main missing component was neither talent nor aspiration, but a clear enough vision of what the common goal should be. So I decided to write a TUNES Retrospective: a document explaining what were the significant ideas in TUNES, which had been implemented successfully in the last 20 years, which had been tried and failed, and which were still waiting to be implemented — but mostly, a document to convey the point of view of TUNES, its vision.

Now, I quickly determined that there were too many ideas I wanted to mention to fit in a short document, especially if I had to do justice to them, rather than merely mention them by their obscure name. It had to be a series of posts; and the posts should be weaved with good storytelling to keep the audience interested.

And that’s when I met Ngnghm the Houyhnhnm…